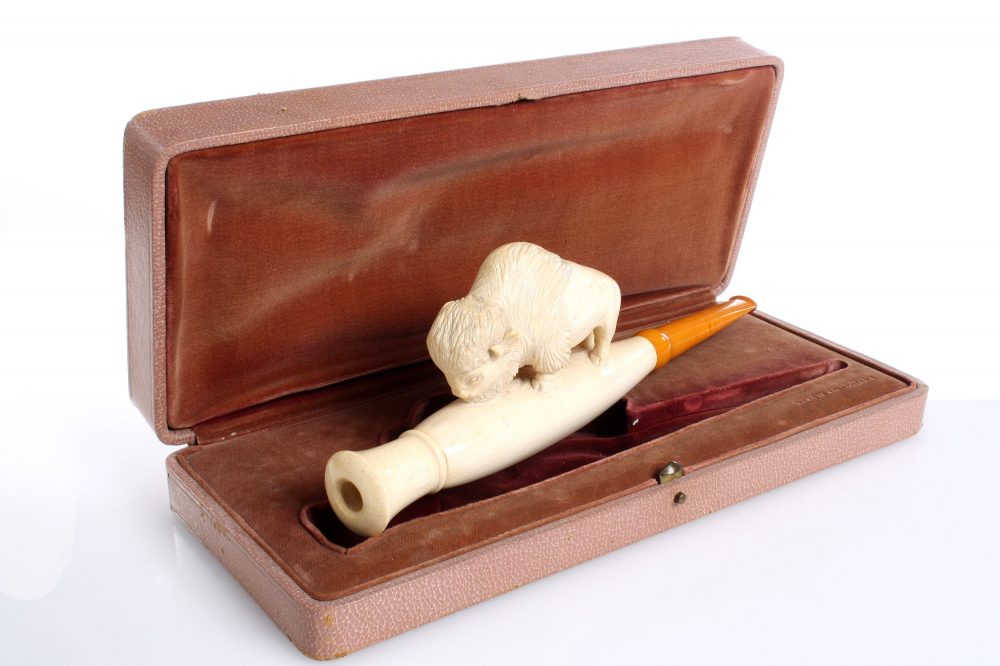 Precious cigar holder with bison sculpture, purchased in Paris in 1975. It was built out of a single block of meerschaum, a rare mineral found only in Syria which is particularly suitable for smoking devices as it is retains aroma well. Mouthpiece in amber.

According to a Native American legend, one day a white female bison brought men a special gift: a sacred pipe containing the forces of nature which was to be used to pass on their prayers to the spirits (through the smoke).