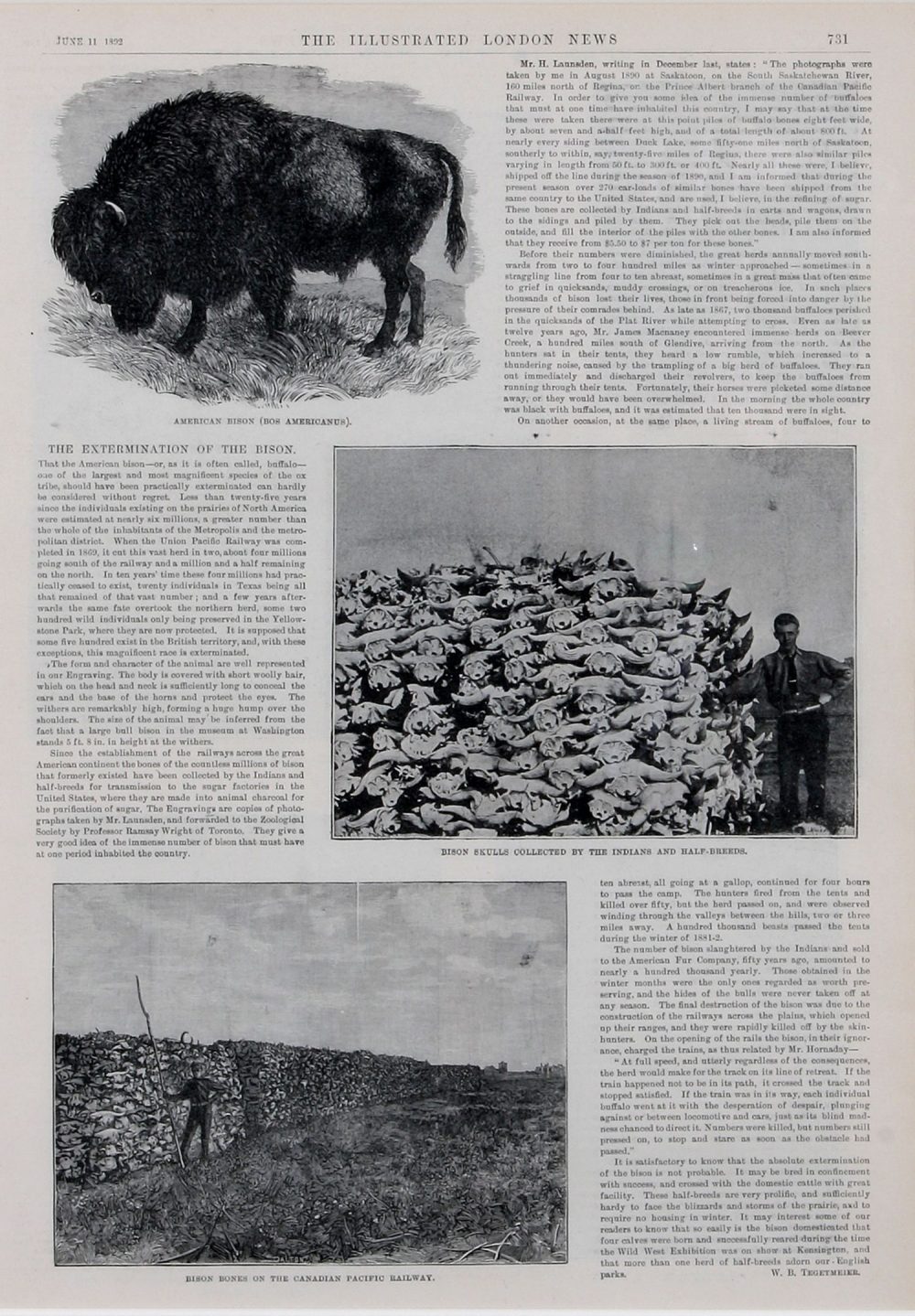 Page from ‘The Illustrated London News’ an 1892 English newspaper containing an article on bison extermination and photos of mountains of skulls. The carcasses were used as fertilizer.

From the ice age up to 1800 in the North American plains there were between 30 and 60 million bison. Indiscriminate slaughter began with the arrival of European settlers: bison were exterminated to provide food for the military and the workers building the railway, but also and mainly to deprive the indigenous peoples of their most important source of nourishment.

In 1884, only 325 bison remained in the United States. Today, thanks to repopulating programs (President Theodore Roosevelt was the first to promote them) there are more than 5000.