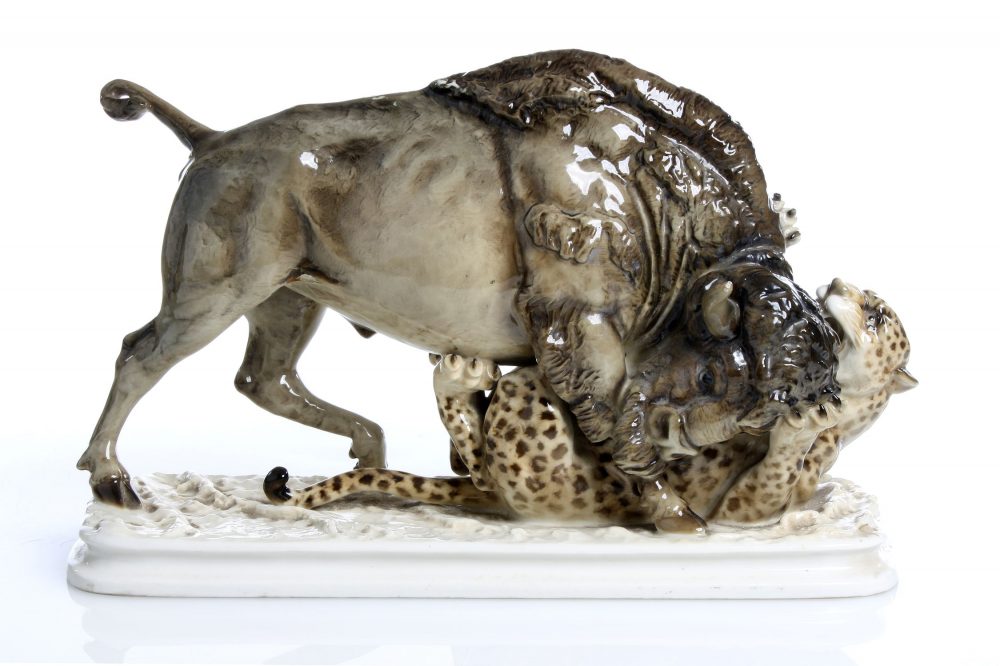 Painted porcelain sculpture of a bison fighting a cheetah, manufactured in East Germany.

According to ancient belief, reported by Aristotle and taken up by Leonardo da Vinci, the bison’s secret weapon in battle was not its imposing size (they weigh up to 900 kg) nor its horns, but its excrement.

The Greek philosopher states: “Their horns are curved, bent towards each other and therefore unusable for defense […]. The tuft of fur reaches its eyes and consequently causes the animal to leap obliquely […]. When it is hit, it flees, and runs for as long as possible. It defends itself by kicking and expelling excrement that is flung about. It often and easily makes use of this defense mechanism, which has the power to burn what it touches, so much so that it can destroy a dog’s fur. The feces, however, produce this effect only when the bison is disturbed and frightened, whereas if the animal is calm, its excrement does not injure.”