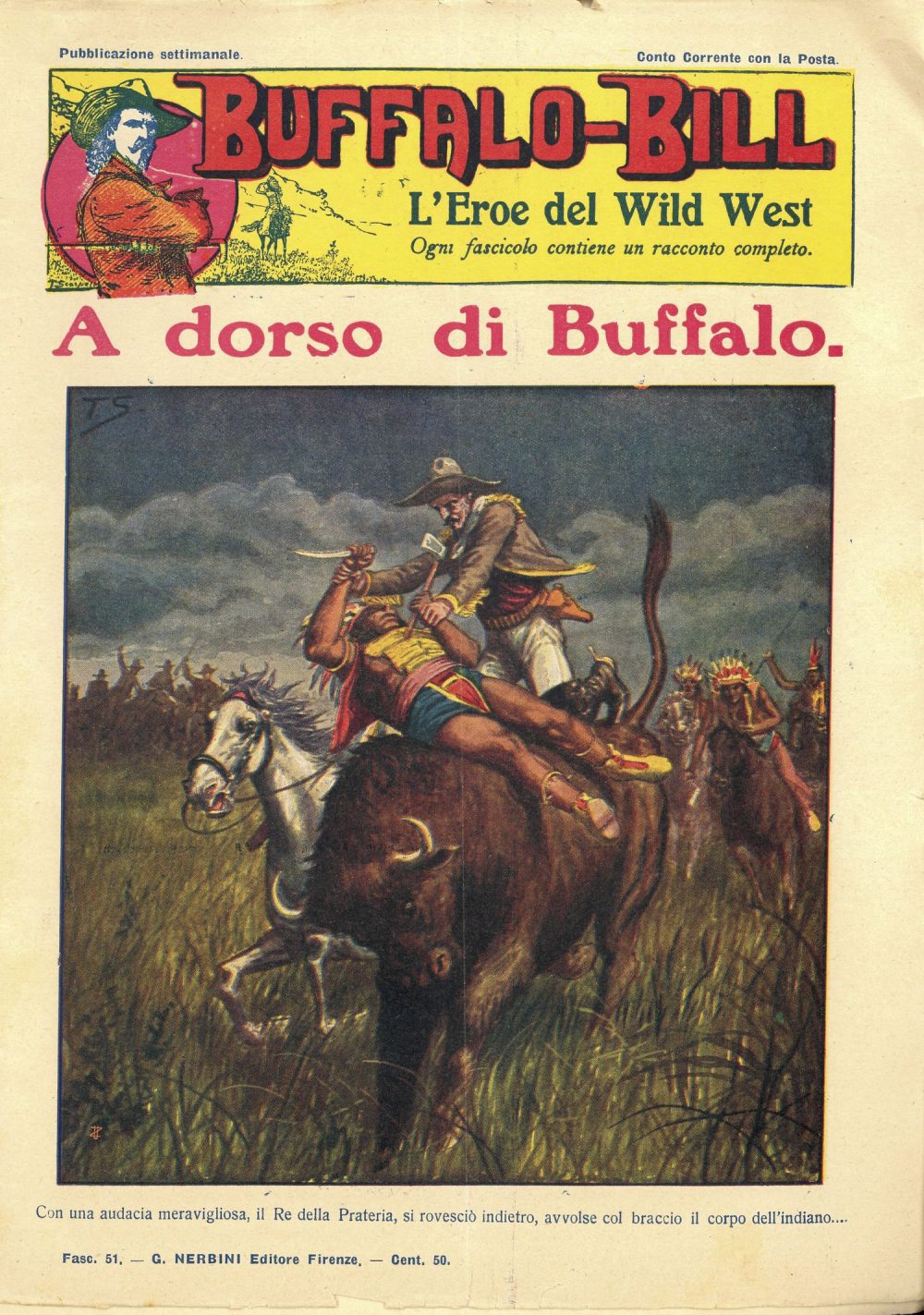 ‘A dorso di buffalo’, illustrated magazine in the “Buffalo Bill” series. Printed in 1932 by Nerbini Publishing House in Florence.

The legendary pioneer (born William Frederick Cody, 1846 – 1917) claimed to have exterminated more than 4000 bison during his military expeditions against the Native Americans and to protect the new railway.

During World War II, Italy found itself fighting against the Americans, and the fascist regime would not tolerate celebrating an enemy hero even in the comics. So Nerbini, the publisher, declared that Buffalo Bill was an Italian migrant and was even one of Benito Mussolini’s countryman. With this trick, publications were able to continue undisturbed.